New York Times columnist Ezra Klein discussed Public Citizens and the history of liberal attacks on government in a recent essay about the fight over student enrollment and housing in Berkeley, California. Klein explained on Twitter— “It’s not that liberals were wrong then and right now. They were largely right then. They succeeded. And now their successes are contributing to our problems.”

My new piece in the Washington Post’s “Made by History” series about the Carter Administration’s effort to balance active government with government reform.

I spoke with author James Surowiecki of The Yale Review about tensions within liberalism and the history of the public interest critique of big government: “Who Killed Big Government? It’s not who you think”

I spoke with Susan Gonzalez from YaleNews about some of the historical lessons from Public Citizens: “The Rise of Public Interest Advocacy– and the Attack on Big Government.”

I discussed tensions within liberalism in the 1960s and 70s and their continuing relevance today on Politics and Polls with Princeton profs Julian Zelizer and Sam Wang: “When the Left Attacks Big Government”

Discussed Public Citizens with Matt Grossman for the Niskanen Center’s podcast, The Science of Politics: “How the Left and Right Undermined Trust in Government.”  The book was paired with a discussion of Amy Fried and Douglas Harris’s book, At War with Government.

My new piece in @TheAtlantic on the liberal attack on big government liberalism in the 1960s and 70s.

Public Citizens was one of twelve new books recommended by the New York Times Book Review. The editors called it “a thoughtful careful account of how the adversarial liberalism of the late 1960s, as embodied by Ralph Nader, replaced New Deal liberalism and opened the door for Ronald Reagan’s antigovernment conservatism.”

Greatly enjoyed talking with Sam Seder on Majority Report about about changing liberal attitudes towards government since the 1950s and the role that liberal advocates played in challenging the post-war administrative state. Check out the episode and episode summary here.

Greatly enjoyed the chance for a thoughtful conversation with Brian Hamilton for the New Books Network. We discussed why I wrote Public Citizens, some unexpected turns in the history, and how we should look back on the public interest movement, Carter’s legacy, and more. Podcast Episode Available Here

An unusual podcast experience: Ralph Nader turns the tables and interviews me about Public Citizens for the Ralph Nader Radio Hour (with co-hosts David Feldman and Steve Skrovan).

I had a chance to contribute some brief reflections as part of U.C. Berkeley’s oral history project on the Yale Program in Agrarian Studies and the work of its remarkable founder, Professor James C. Scott. I was lucky to participate in the first iteration of the Agrarian Societies course in 1990 and have had a chance to follow the program’s development since then.

My contribution is here: Paul Sabin: Reflections on James C. Scott and the Program in Agrarian Studies at Yale University

It includes a wonderful interview with Jim about his life, influences, and scholarly development.

Timothy Noah reviews Public Citizens in the New York Times, calling it “elegantly argued and meticulously documented… Sabin makes his case intelligently and forcefully”: “Who is a Liberal?”

New Yorker critic Louis Menand reviews “Public Citizens”: “Are Liberals to Blame for Our Crisis of Faith in Government?”

Wrote essay on tensions within liberalism and the attack on big government from the left: “How Liberals Can Attack From the Left — and Win”

Review of “Public Citizens” in Psychology Today: “How Has Government in the U.S. Become “The Problem”?”

Spoke at UT Austin’s Institute for Historical Studies on lessons learned from the history of energy and climate, including how our historical understanding has changed in the past decade.

Terrific discussion about the past and future of energy with Matt Jacobson in the “Democracy in America” Series.

Yale Environmental Humanities successfully launched its new graduate certificate program in the 2019-2020 academic year. More than twenty graduate students are participating in the inaugural yearlong workshop, “Topics in the Environmental Humanities,” drawing from a broad range of disciplines, including history, literature, anthropology, music, public health, environmental studies, etc. Some of the students shared their research at our fall graduate symposium.

During the 2018-2019 academic year, I worked with colleagues to host a yearlong conversation on the thematic intersection of energy and the humanities. The program included roundtables and workshops featuring Yale faculty and student work, visiting speakers, two new undergraduate courses, and three conferences.

Read more about it here: https://environmentalhumanities.yale.edu/news/energy-and-humanities-report-2018-2019-programming

The Yale History Department successfully voted to eliminate the Graduate Record Examination (GRE) from its application requirements in April 2019. As Director of Graduate Studies, I facilitated this conversation with the goal of further opening our graduate program to a broader range of applicants and removing the GRE’s costly burden and often inequitable results.

For an overview of the Certificate requirements, visit: https://environmentalhumanities.yale.edu/academics/graduate-certificate-environmental-humanities

Spoke at Yale Environmental Humanities panel, ““Energy and the Humanities: Interventions and Ambitions,” at the Whitney Humanities Center.

The new Yale Environmental Humanities Initiative kicked off the Fall 2017 semester with a new website featuring environmental humanities events and news from across the university. A compilation of course listings gathered offerings from history, literature, American Studies, anthropology, religious studies, and other departments, as well as the professional schools.

Spoke about work in progress at Yale School of the Environment Research Seminar. 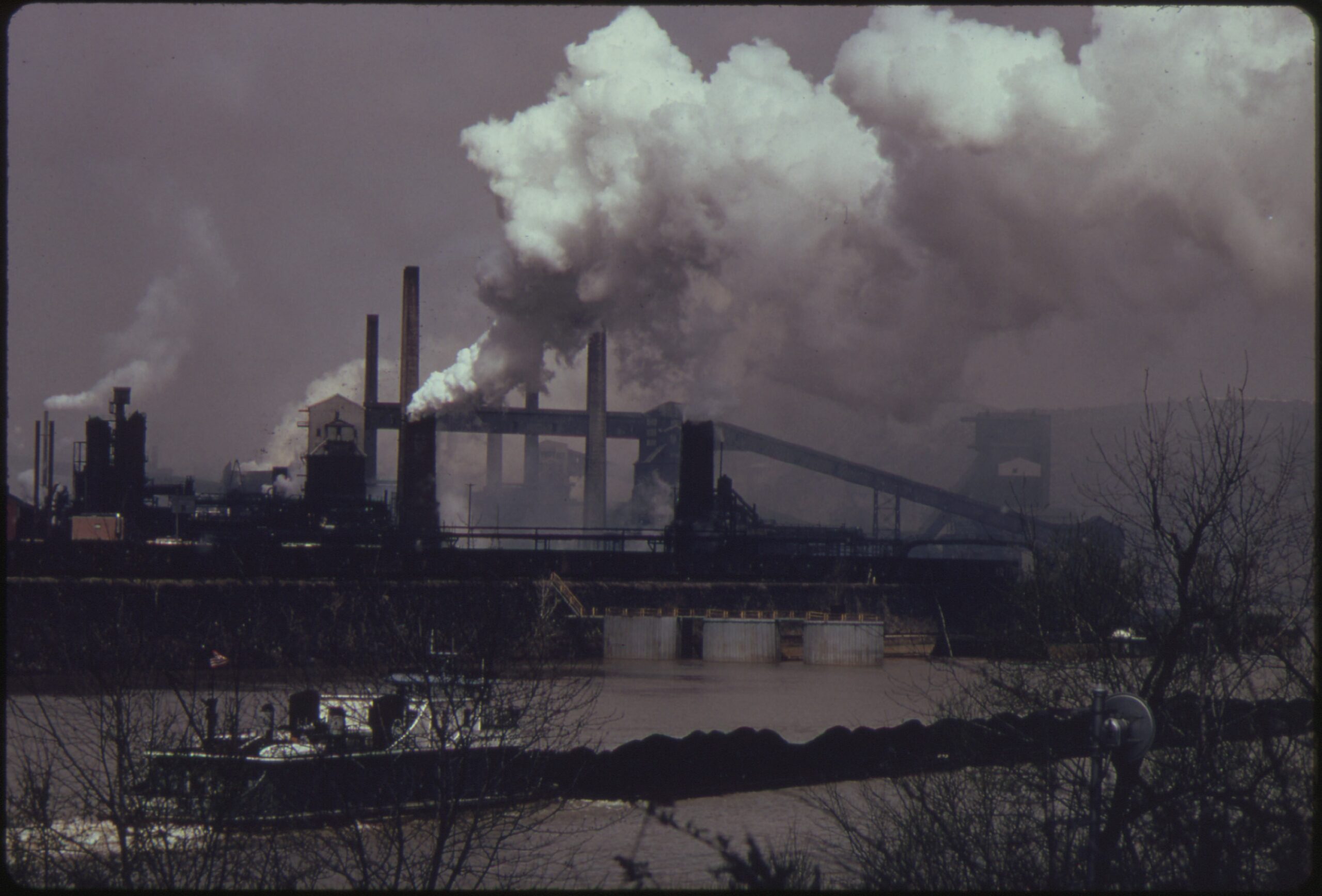 Published “‘Everything has a Price’: Jimmy Carter and the Struggle for Balance in Federal Regulatory Policy” (Journal of Policy History, 2016). The essay examines how President Jimmy Carter and his policy advisors sought to balance regulation to protect health and the environment with regulatory reform that would improve the efficiency of government action.

Published “Environmental Law and the End of the New Deal Order” in Law and History Review. This essay on the founding of public interest environmental law firms in the late 1960s and early 1970s situates the organizations in the context of growing liberal disillusionment with government, particularly in the context of the civil rights movement and Vietnam War. Early environmental lawsuits almost exclusively targeted government agencies such as Interior, Transportation, and TVA over their infrastructure and economic development plans. I shared the essay in late September at a stimulating conference at UC Santa Barbara, “Beyond the New Deal Order.”

The Bet has just been released in a Chinese language translation for Taiwan and Hong Kong market.

Participated in Harvard Roundtable on the future of energy history.

Spoke at the University of Colorado-Boulder on The Bet and how history can shape our thinking about present and future environmental challenges.

Public lecture at Yale’s Peabody Museum of Natural History on The Bet as part of the 2014-2015 John H. Ostrom Program Series “Nature’s Narrators.”

Gave public lecture at Yale-NUS College in Singapore on The Bet.

Gave public lecture on The Bet to Columbia Society of Fellows as part of their series on “Exhaustion.”

Presented the inaugural Betsy Wood Knapp ’64 Lecture in the Social Sciences to help celebrate Wellesley College’s new Knapp Center for Social Science. A wonderful opportunity to return to my hometown to talk about The Bet and how history can contribute to interdisciplinary conversation.

The Bet was released in paperback at the end of September. 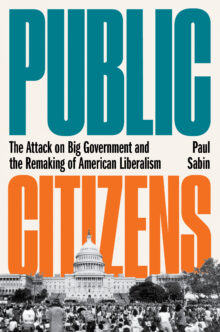